Vivid is getting closer to completion! 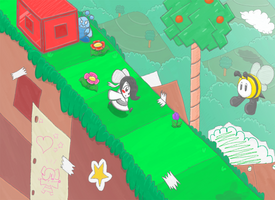 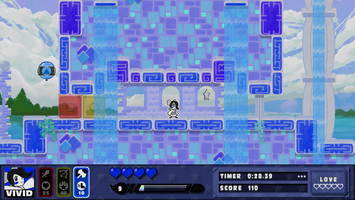 I actually haven't done one of these yet! Nor have I done too much with the community since I'm so busy trying to make the game. But I thought now would be the time to get things rolling. So I do have some updates and announcements.

I am trying to do a Kickstarter. It's not a big one, but we need as MUCH support as possible! The main thing I need is money to pay our composer for the job, Andrew Nyte, as well as getting some equipment to make sure the project can be finished. We're looking at around $3000 USD, which is very small compared to most game Kickstarters. But this is only to complete the game for Windows in English. More money would be needed for other versions, like Mac/Linux/Switch/PS4/Xbox and so on. My only goal is to be able to complete the game, but if people want it enough, I'll be more than happy to provide it on other systems with language options if I can get that money.

I think I have the means to do the KickStarter, but I need to rally as many supporters. I want as many people to know that Vivid exists and to support it. This KickStarter has been worked on for years now, but we're still trying to figure out when to launch it. It may be very soon though! If you're interested in seeing where this project goes, keep tabs and let others know!

Currently, the main engine to the game is finished, and we have many resources complete. We estimate that, if we were to have a successful KickStarter right now, we could finish the game by either late 2019 or early 2020! Bets are on the latter, but we aren't that far off!

Vivid Spirit is an action-packed platformer that uses color based elements.